IceCube group at IAP
The Observatory

The IceCube South Pole Neutrino Observatory is a 1 km3 ice telesope located at the South Pole, that detects cosmis neutrinos. It consists of 5,160 digital optical modules (DOMs) deployed on strings deep inside the ice, which detect the Cherenkov light produced when a neutrino interacts in ice.

Neutrinos, being elusive particles, are cosmic messengers that can point to the highly energetic astrophysical sources in the Universe and gives insight to the processes involved in creating the highest energy particles in these sources.  including 162 ice Cherenkov tanks, enables the study of cosmic-ray air-showers and acts as a veto for the astrophysical events observed by the in-ice detectors.

Furthermore, our group is intensively involved in the preparation of IceCube-Gen2, the next generation neutrino observatory at the South Pole. IceCube-Gen2 will provide a factor >8 in exposure for the detection of high-energy astrophysical neutrinos as well as for studies on cosmic radiation. The latter will be achieved by an extension of the surface array, with KIT being the leading institute in the developments.

The planned next generation of the Observatory, with a volume of around 10 km3, has the potential to increase the neutrino detection rates by an order of magnitude. It enables the identification of the most energetic processes in the Universe. 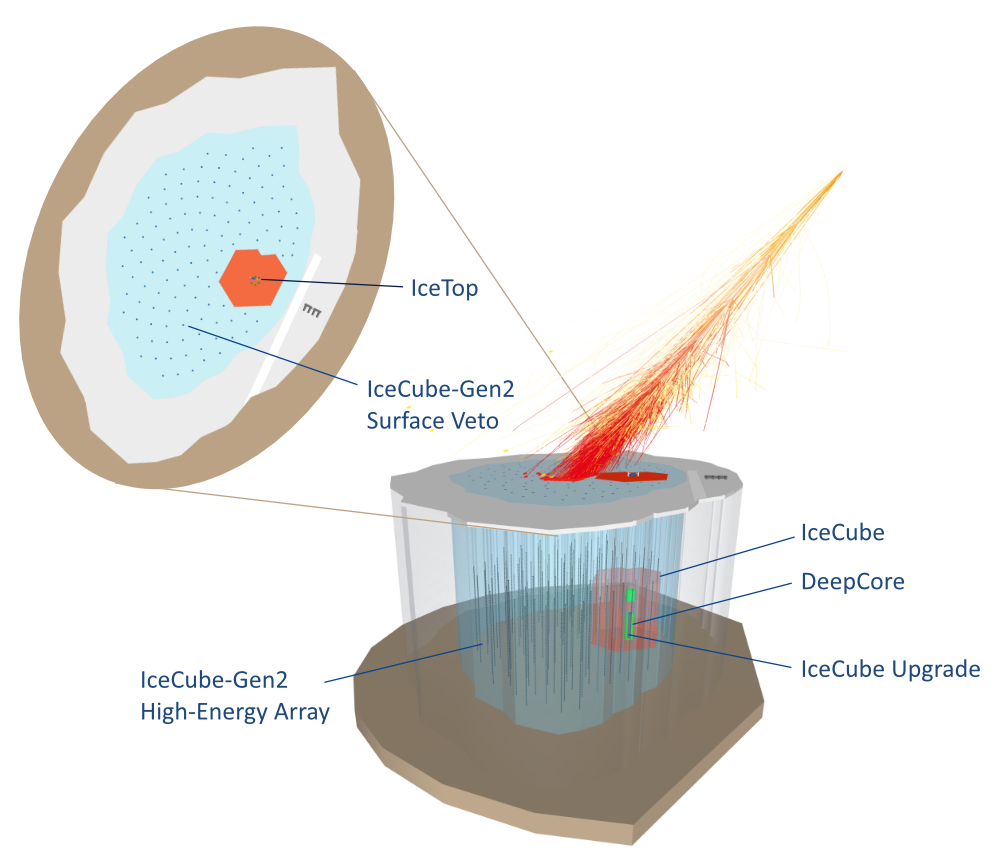 KIT contributes with R&D for a scintillator array which aims on an improved veto for IceCube and improved cosmic ray measurements especially at lower energies. The radio extension, developed at KIT provides veto for inclined showers and allows for the measurement of gamma rays from the Galactic Center. Two prototype stations are currently installed at the South Pole.

IceTop is the veto array for IceCube, and is used for cosmic ray shower detection. It consists of two Cherenkov tanks above each IceCube string on the surface of the ice. 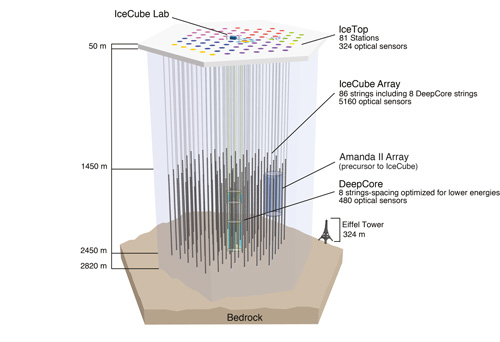 This is a high-energy neutrino detected by IceCube on September 22, 2017 with an estimated energy of 290 TeV. Follow-up observations by gamma-ray, X-ray and optical telescopes were triggered by an alert from IceCube. These observations allowed the first-ever identification of a likely source of extragalactic neutrinos and of high-energy cosmic rays.