Experimentation with tritium demands an entirely closed tritium processing cycle and a highly developed safety technology. At TLK tritium is always contained within at least two barriers. More than 20 glove box systems, total volume of about 190 m³, are operated in an area of 1600 m² for experiments and infrastructure facilities. The glove boxes constitute the secondary tritium containment for the primary systems of tritium components and pipe work.
For economical but also for ecological imperatives each tritium process is designed to be as efficient as reasonably achievable. In principle, the tritium inventory in any experiment should be minimized and all gaseous, liquid and solid waste is detritiated as far as possible. Only when an experimental process has proved these capabilities, the inventory of tritium at TLK becomes available for experiments. The simplified diagram shows the self-contained tritium cycle at TLK where tritium is delivered to experiments, recovered and reprocessed for further use. 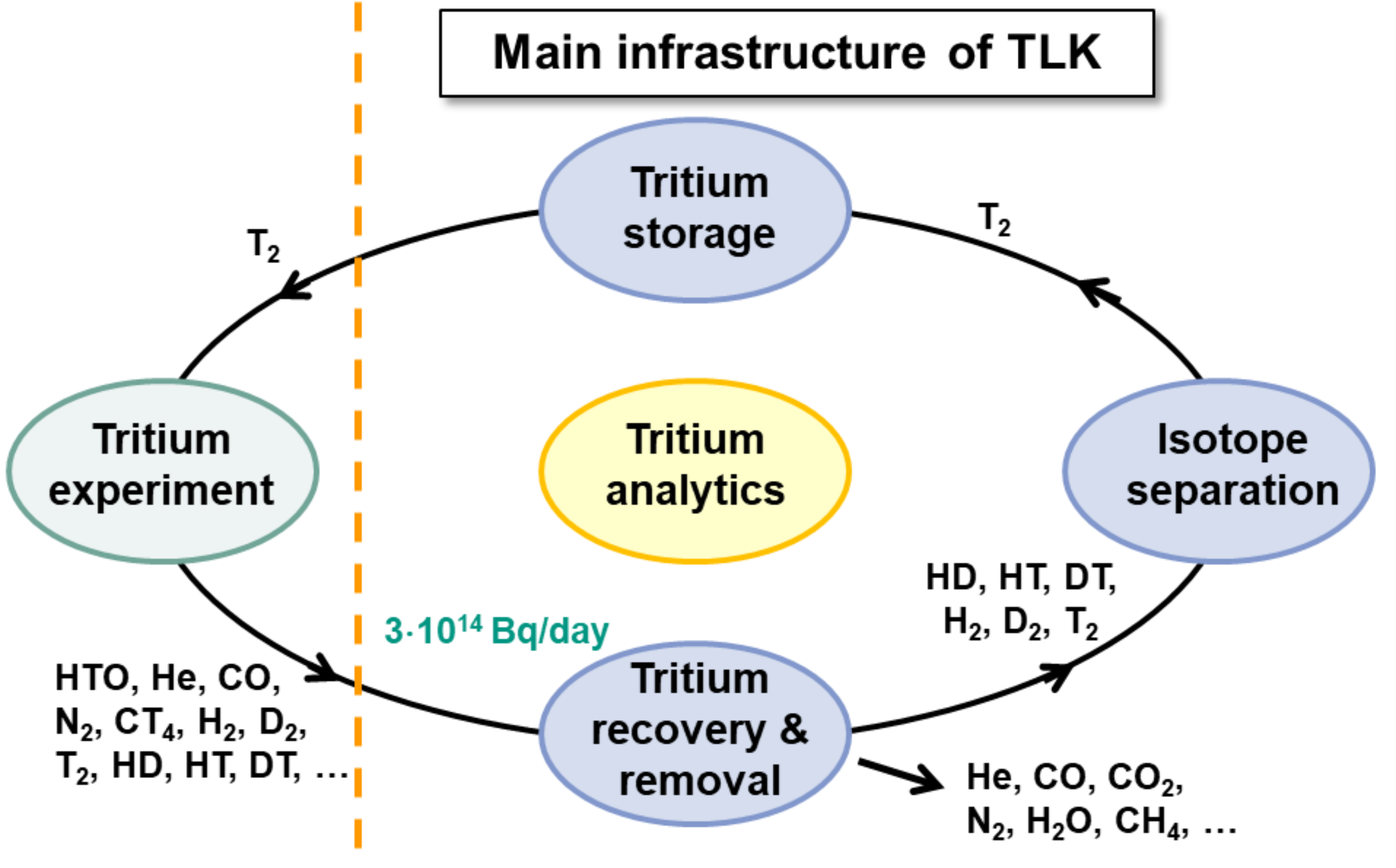